The Middle East Crisis Response is a group of Hudson Valley residents joined in support of human rights for Palestinians and an end to the US's aggressive policies in the Middle East. We came together initially because of the attack on Gaza and the subsequent invasion and massive bombing of Lebanon during the summer of 2006. We remain equally concerned about the entire range of human rights violations attendant upon the Israeli occupation of Palestine and its sustained campaign of ethnic cleansing directed against the Palestinian people. We deplore the lack of reasoned debate on a subject so vital to the world, as well as the unquestioning acceptance of a U.S./Israel alliance we believe responsible for an immense amount of suffering and injustice.

We believe in the self-determination and inherent dignity of all peoples, as enshrined in the Universal Declaration of Human Rights proclaimed by the United Nations in 1948. Accordingly, we believe that there can be no real peace without justice. We are opposed to Zionism because it so blatantly violates these values. Therefore we look to fundamentally change the present situation, including the pro-Zionist bias that pervades our government and civil society, thus giving Israel the impunity to commit its continued aggression.

We embrace non-violent means that include education, strategies of protest and agitation, art, music, theatre and the media, petitioning government and building lines of contact with like-minded people everywhere. Our means and goals are democratic in scope and purpose, and we seek the participation of those whose voices have been silenced or distorted by the U.S. government and corporate media.
==========
In June of 2020 Middle East Crisis Response (MECR) teamed up with Jewish Voice for Peace - Hudson Valley (JVP-HV) and the result has been a number of new events and campaigns. We criticized Rep. Delgado for refusing to meet with us. We attended his town meetings, both in person and on Zoom events to question why he hasn't supported the human rights of Palestinian children. We had a letter writing campaign urging him to support HR 2407, the No Way to Treat a Child Act. We then we started an on-line petition which ultimately got 3,500 signatures.
We raised money for a full page ad in the Kingston Freeman, urging Congress to end support for regimes that abuse children and steal land. We were able to collect enough money to buy several more ads, one in the NY Indypendent and another in the NYC Veterans For Peace publication Peace in Our Times.
At the same time, we put on three well attended Zoom panels that explored racism in America and Israel: “Children in Detention, an introduction to the No Way to Treat a Child Campaign," "Losing Our Homes, the Destruction of Community, Culture and Identity," and "How Police and Vigilantes Operate to Attack and Undermine Minority Groups and Progressive Movements in the U.S. and Palestine."
We also have a very active book reading group that is open to anyone who is interested.
As you can see, we have enlarged the scope of our issues by including Black Lives and indigenous rights. Much like Black Alliance for Peace, we see the fight for Palestinian rights as part of a wider resistance to militarism and colonial enslavement. We are educating ourselves as part of the struggle, and building inclusive coalitions of progressive organizations.
We have a joint meeting once a month to review what we have accomplished and to decide on new directions. Why don't you join us for our next one
========== 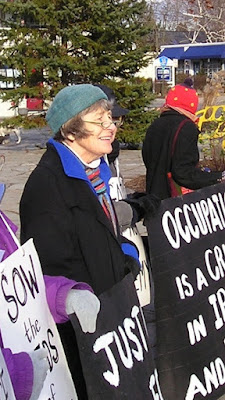 In memory of our dear friend and fellow activist, Pia Alexander, who passed away last year. From your trip to the deep South during the Civil Rights Era to your journey to Cairo as part of the 2009 Gaza Freedom March, you always stood up for those who were being oppressed. You were never afraid to speak truth, nor to portray truth in your art.
You will always be with us. Presente!
========== 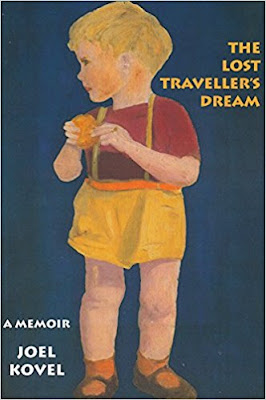 Remembering our mentor and friend.

"Joel Kovel, to be brief, has been a prestigious and best-selling writer on psychotherapy, a militant left activist from the middle 1960s onward, an eco-theorist and an explorer of the world just beyond our sense perceptions. He offers us the details most precious to him, the saga of his own family (or families), his shift from one intellectual emphasis to another, his growth in politics but also his political conflicts." -CounterPunch

We feel privileged to have known Joel Kovel all these years. He was a founder of Middle East Crisis Response, a visionary writer and thinker, and a good friend to many of us. His quest for justice and human rights for all people will always be a guiding principle of our organization. His meticulous scholarship on Palestinian history will always inform MECR's struggle. The truth about racism will eventually set us free from the hatreds that plague our society, as well as from the militarism and exploitation that has heretofore guided America's foreign policy. Presente!

For details on how you can get involved with MECR, please contact us:

Get an Email When There Is a New Post